Of course!
We know that the largest number of people who follow us speak Spanish, but we not! We're both Italian.
We noticed that both Italian and English roster of Dragon Ball Budokai Tenkaichi 3 are full of no precise names due to several television voiceovers and different translations of the manga Dragon Ball / Dragon Ball Z (and obviously the anime Dragon Ball GT). A Spanish modder, Dball4ever, has confirmed to us that also in the Spanish version of the game the names are not perfect, so he sent us a list of names to change from the original version of the roster (obviously in Spanish). So this is the new Spanish roster made by KkTeam and Dball4ever:

This mod will be ready for download very soon! ;) We hope that this mod will be usefull to make Tenkaichi 3 always a new and better game
Pubblicato da KkTeam a 09:42 1 commento:

Thanks to Dball4ever we have a new Hit's "big image"! You can find the download link in the "Download big images" section on in the description of the video below.

Gogeta (ゴジータ, Gojīta) is a character who is the resulting fusion of the two highly powerful Saiyans Goku and Vegeta when they perform the Fusion Dance properly. His voice is a dual voice that contains both Goku's and Vegeta's voices. Gogeta is famous for his amazing power and speed, and is regarded as one of the most powerful characters in the Dragon Ball franchise. His Potara Fusion counterpart is Vegito.

Vegito (ベジット, Bejitto; "Vegetto") is the immensely powerful result of the fusion between Goku and Vegeta by the use of the Potara Earrings. Vegito is regarded most for his immense power and speed, and is the most powerful character in the Dragon Ball manga. His Fusion Dance counterpart is Gogeta. He was absorbed by Super Buu in the Majin Buu saga, defusing him back into Vegeta and Goku.

[http://dragonball.wikia.com/wiki/Vegito]
============
Goku and Vegeta, two different people, two eternal rivals, two friends... joined together, but in two different ways!
Gogeta appears in Dragon Ball Z: Fusion Reborn, Vegito in the official storyline of Dragon Ball Z (Majin Buu saga) and all Super Saiyan 4 in Dragon Ball GT... but in Budokai Tenkaichi 3 we can mix all together!
Who is stronger? Who will be the winner? 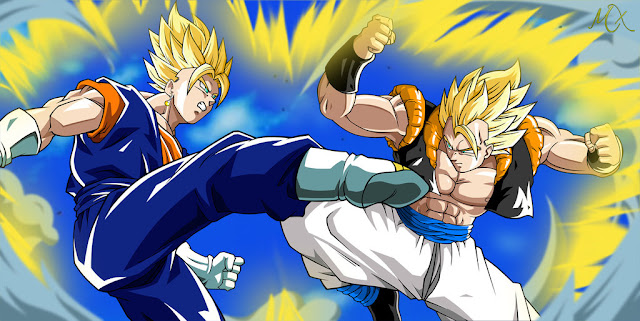 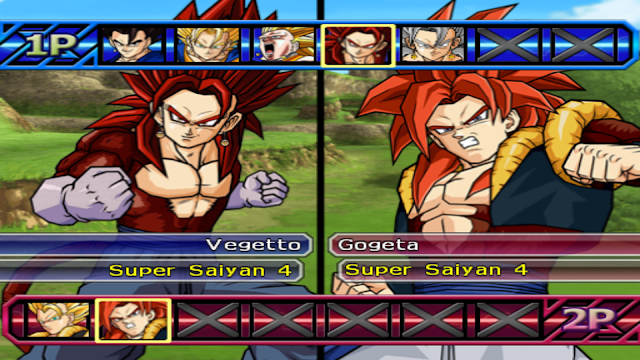 This is the new KkTeamTenkaichi's blog.
Here you can find DragonBall Budokai Tenkaichi 3 mods and programs to edit the game.